Inspiration struck me as I was pondering the sort of dessert I’d wanted to bring to my parents’ place for Thanksgiving. Given the simplicity of the recipe I was thinking I would make my semifreddo. Then I thought it might be fun to do a twist on a pumpkin pie and change the vanilla ice cream to pumpkin, then pour it into a pastry crust instead of the chocolate. The idea rolled around in my head for a few days when I finally decided I wanted to simplify it further. An easy no-churn pumpkin spice ice cream dotted with sugary praline frosted pecans. Heck yeah. 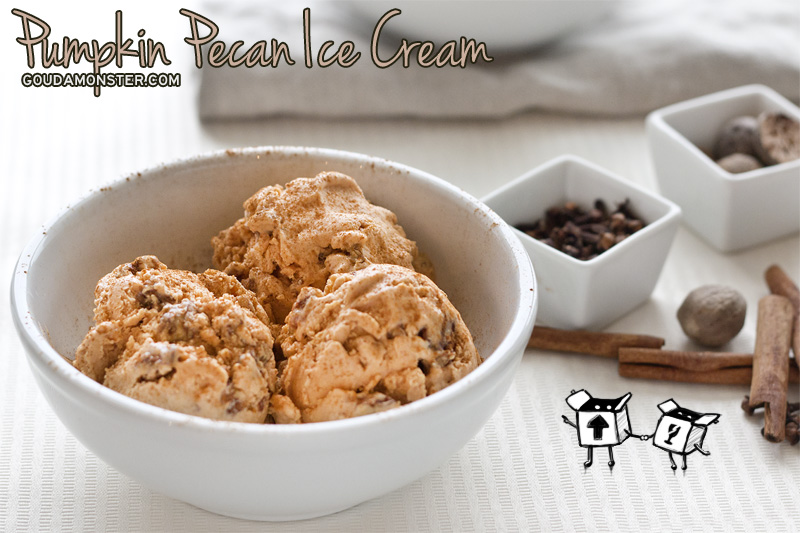 Now that I’ve been introduced to the world of no churn ice cream, I find myself eager to experiment. The whole thing comes together in about ten minutes and is just a matter of whisking together a few wet ingredients and spices, then folding them into whipped cream. It doesn’t get much easier than this to make ice cream. 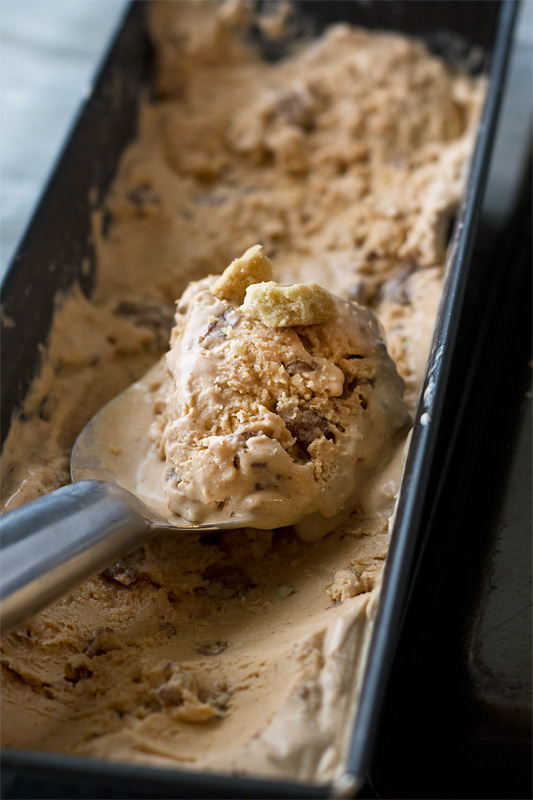 I added a tablespoon of rum to the mix, because it imparts a small amount of flavor – but also because the alcohol helps keep the ice cream a little bit soft. You’re welcome to omit it, or to substitute another liquor of your choosing. I also managed to get my hands on some really tasty praline frosted pecans that were folded into the final mixture. You can use whatever candied nuts available to you, regular toasted nuts, or of course no nuts at all. 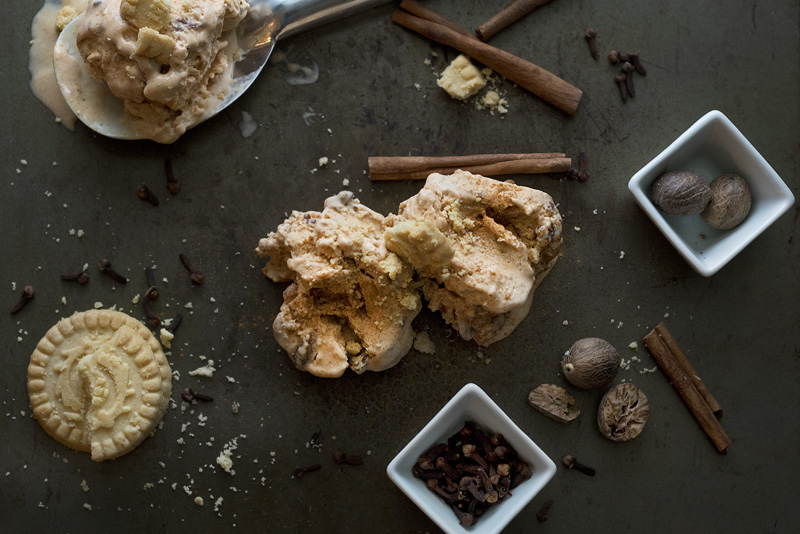 If you can’t tell by now, this recipe is so simple that I don’t even have much I can say about it! What I can tell you is that if you want a twist on the comforting, autumnal flavors of pumpkin pie with very little hassle – this recipe is a lot of fun. I served scoops of ice cream with crumbled up shortbread cookies to mimic pie crust and to further play up the pumpkin pie feel. I think it would also pair nicely with a slice of warm pecan pie. Or try a scoop of it in a shot of espresso for a pumpkin spice affogato. Many pumpkin possibilities to be had – so enjoy! 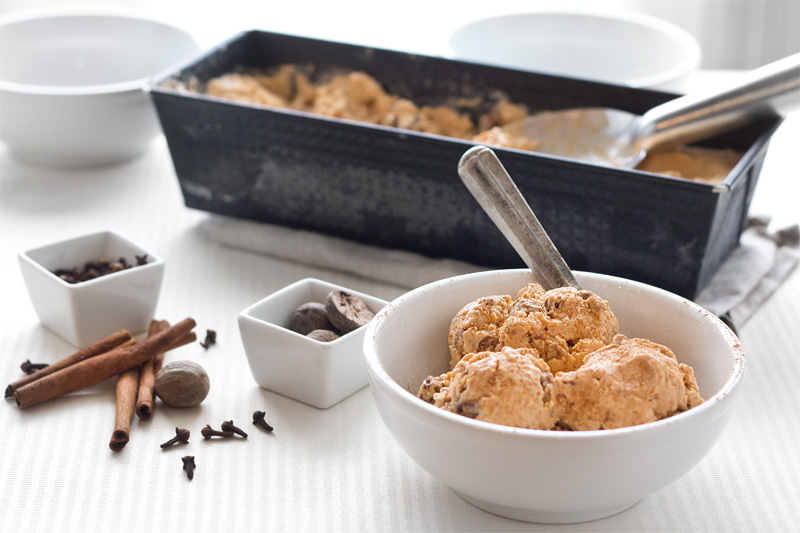 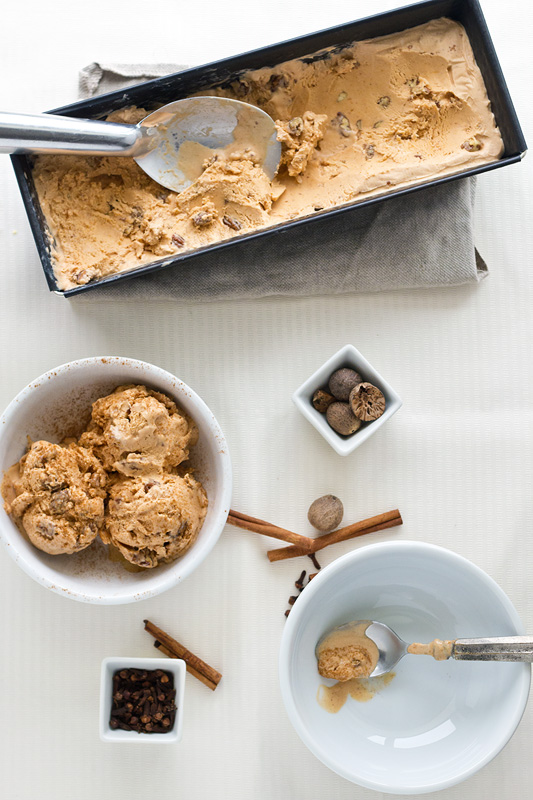